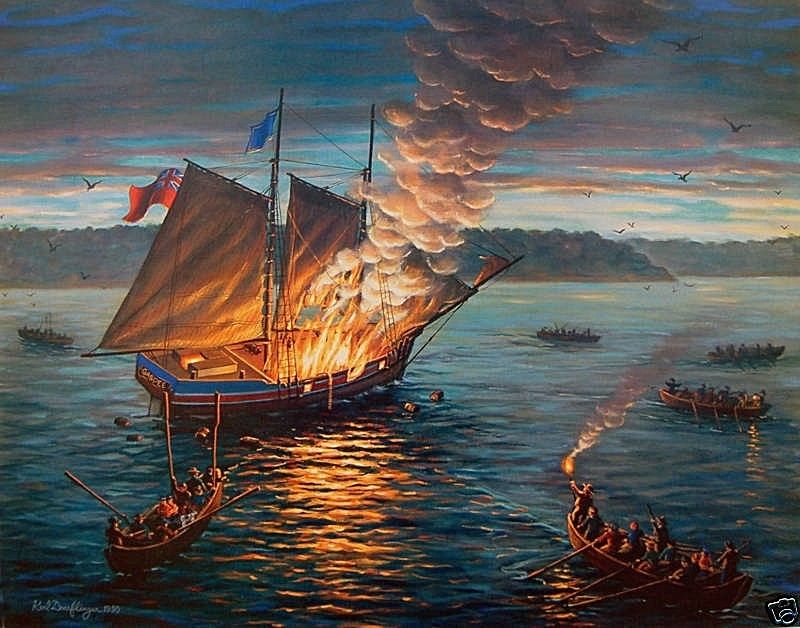 Despite the Boston Massacre, British officers were no less aggressive in their enforcements of the Stamp Act and other customs laws. Then, in June of 1772, yet another dramatic event took place.

That night, the Gaspee, a British naval vessel, was patrolling the waters near Narragansett Bay in Rode Island. On the same night, aboard a rowboat, as a young man by the name of Joseph Bucklin.

Catching sight of the Gaspee, and realizing that he had its commander, the belligerent Lt. William Dudingston, at the perfect angle, Bucklin took his chances and shot the lieutenant.

Dudingston had been a thorn in the side of Rhode Islanders for quite some time. He seemed to take pleasure in taking the law into his own hands. He routinely stopped ships for no apparent reason, confiscating goods without reason, and even abusing the colonial sailors. So it’s plain to see why sailors would have had enough and decided to take action into their own hands once again.

In fact, just earlier that night, Lt. Dudingston had stopped the Hannah, a ship belonging to Captain Benjamin Lindsey, commanding that Lindsey’s flag be lowered in deference to the HMS Gaspee.

When Lindsey refused, Dudingston provoked a chase. But Lindsey got the better of him and lured him into the shallow waters off the hazardous coast of Warwick, then called Manquid Point, but is today referred to as Gaspee Point.

As word reached Providence, a group of 55 Sons of Liberty – Joseph Bucklin amongst them – planned their attack on the

The party rowed to meet the It was at some point during their colonists’ raid that Bucklin shot Dudingston. Following this, the colonists captured the crew and treated the captain. But then, things became even more chaotic, because the raiders torched the Gaspee.

As soon as the gunpowder aboard the Gaspee ignited, the ship blew.

When word reached King George, he demanded a trail to be held in England. But Sam Adams and the united colonists instead formed the Committees of Correspondence that included all of the 13 Colonies.

[Below: The Sons of Liberty] 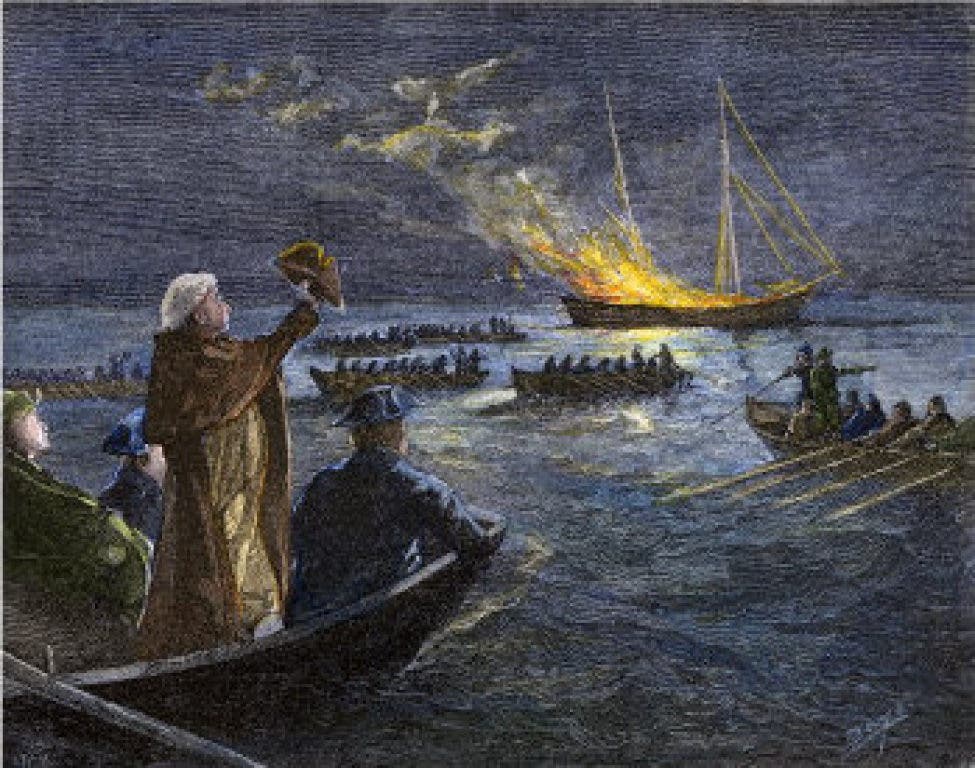