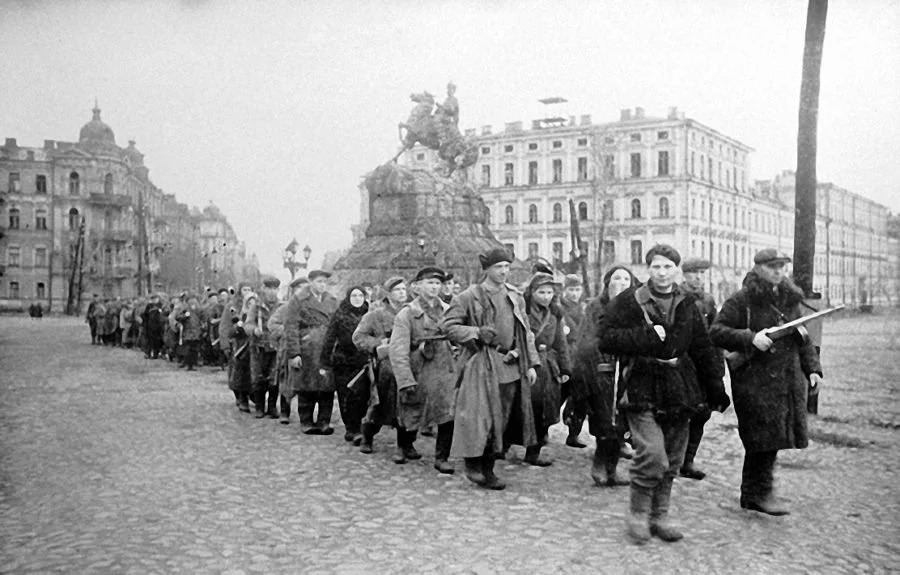 [Pictures, as always, taken from goodreads.com]

Description: This is one of those books that follows several main protagonists. For myself, I find that this adds an extra depth and understanding that cannot be achieved with only one point of view. I’ll keep it short: Maria’s father, Ivan, has managed to survive Babi Yar, but is now a broken man. Shortly thereafter, Maria is sent to Germany as a slave worker. Luda, despite abuse from German officers, may have finally found a family and love. And, of course, there is the token arrogant German officer, here Frederick, who is really using his arrogance to cover up his true emotions.

Background: In 1922, Ukraine was unified with Russia, making it part of the Soviet Union. Then, on September 1, 1941, after Operation Barbarossa Ukraine had become a separate civil German entity. Hitler’s Plan? To exterminate, expel, or enslave most or all Slavs from their native lands so as to make living space for German settlers.

On August 14, 1941, Hitler ordered that Kiev be bombed. However, due to insufficient materials, the plan was never carried out. Instead, they decided to starve the city. That being said, Kiev was under siege from August 15 – September 19. During this time 65,000 Soviet troops were captured. [Below, Kiev burning] 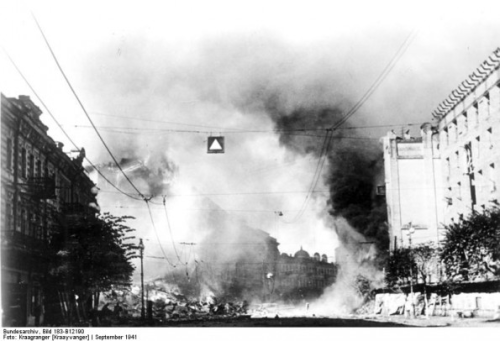 Conversely, some 4,500,00 Ukrainians served with the Soviet army. 1,400,00 of them killed in service. Ultimately, this meant that Ukrainians were fighting and killing one another in their separate fights for liberation and freedom.

Atrocities against the Ukrainians are thought to be some of the greatest that took place during the war. For starters, it is estimated that 3-4 million Ukrainians and non-Jews were killed, with another 850,000 to 900,000 (possibly even up to 1,000,000) Jews. Within Hitler’s Generalplan Ost, 65% of the 23.2 million Ukrainians were to be killed through genocide or ethnic cleansing. These tortures included imprisonment, mass shootings, concentration camps, ghettos, forced labor, starvation, torture, and mass kidnapping. In addition, over 2,300,000 Ukrainians were deported for slave labor camps. [A chart can be found of the total percentages of the different Slavic ethnic groups Hitler planned to eliminate here]

Considered to be “the single largest massacre in the Holocaust,” Babi Yar took place in Kiev from September 29-30, 1941 (Source). 33,771 Ukrainians were shot, most of them Jewish. Additionally, the Nikolaev Massacre took place in Mykolaiv from September 16-30, 1941. 35,782 were killed. Again, mostly Jews.

Massacres were “carried out by a mixture of SS, SD, security police, and Ukrainian Auxiliary Police” (Source). This meant, again, that Ukrainians were killing their own people. In total, there were 14 massacres on Ukrainian soil. The list can be found [here: Massacres]. Then, “when the Soviet Army approached in 1943, the Nazis tried to cover their tracks by ordering the concentration camp prisoners to dig up the corpses and burn them, after which the prisoners were killed” (Source).

Although it took place before the war officially began, the Holodomore needs to be counted amongst the atrocities the Ukrainians were forced to endure. The Holodomore or The Ukrainian Genocide of 1932-1933 was a man-made famine planned by Stalin to eliminate the Ukrainian independence movement. It included the “rejection of outside aid, confiscation of all household foodstuffs, and restriction of population movement confer intent, defining the famine as genocide” (Source). The famine killed 2.5-2.7 million Ukrainians.

From 1932-1933, Stalin murdered 7 million Ukrainians and sent 2 million more to concentration camps. “Ukraine was sealed off. All food supplies and livestock were confiscated. NKVD death squads executed ‘anti-party elements.’ Furious that insufficient Ukrainians were being shot,  – virtually the Soviet Union’s Adolf Eichmann – set a quota of 10,000 executions a week. Eighty percent of Ukrainian intellectuals were shot. During the bitter winter of 1932-33, 25,000 Ukrainians per day were being shot or died of starvation and cold. Cannibalism became common. Ukraine, writes historian Robert Conquest, looked like a giant version of the future Bergen-Belsen death camp. The mass murder of seven million Ukrainians, three million of them children, and deportation to the gulag of two million more (where most died) was hidden by Soviet propaganda.” (Source). Reports about Stalin’s atrocities did not start coming out until the 1990′s. More on that later.

Because of being hit from both sides as well as being occupied by two separate oppressors, after the war, Ukraine saw 700 cities and towns and 28,000 villages destroyed. However, despite their large death toll and their destruction, 2,544 Ukrainians helped save Jewish lives. [Below, the Lvov Ghetto] 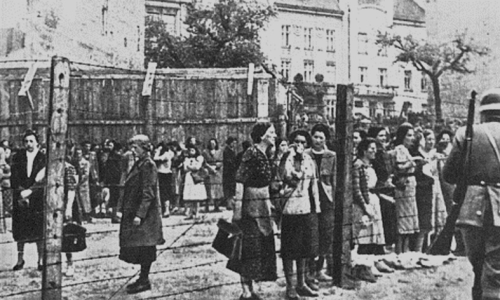